Today, Wednesday 12 August 2020, an amendment to the existing partnership agreement between New Caledonia’s Postal and Telecommunications Service (OPT-NC) and the Postal and Telecommunications Services of the Islands of Wallis and Futuna (SPT-WF) was signed.  It translates into the first mission undertaken by a team from the OPT-NC to Wallis and Futuna to support SPT-WF’s initial roll-out of optic fiber on the island. 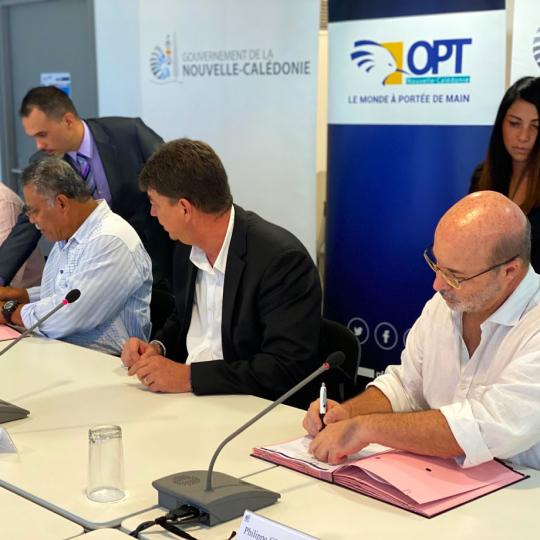 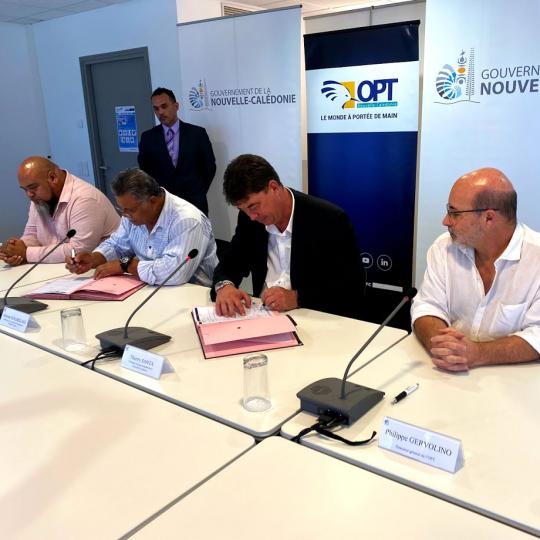 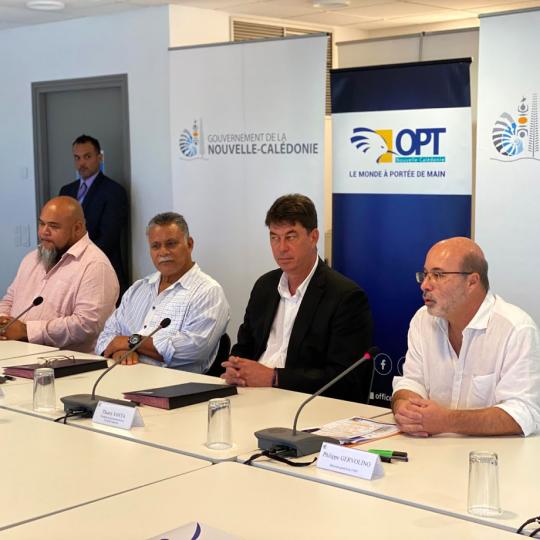 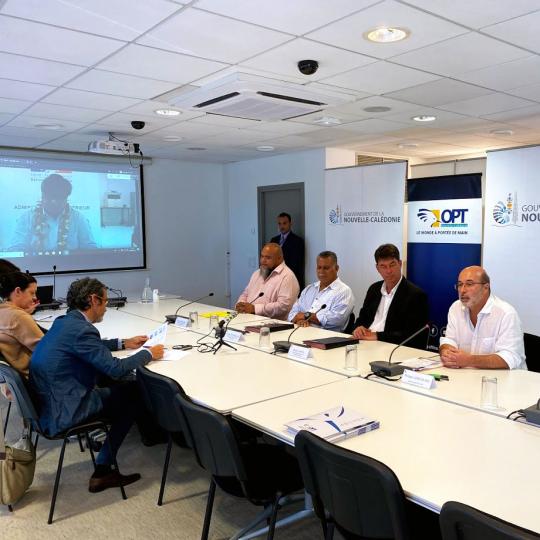 The OPT-NC and SPT-WF have been working together on telecommunications for a long time. This cooperation was formalized in 2017 and was immediately focused on developing very high-speed internet due to the future roll-out of the TUI SAMOA (SAMOA – FIJI) international submarine cable up to Wallis and Futuna.

The Agreement signed in 2017 is built around 4 major orientations:

This Agreement covers several actions undertaken during the 2017-2019 period. It was supposed to end at the end of August 2020 but was extended until July 2023, on the request of SPT-WF’s General Manager, Manuele TAOFIFENUA, reaffirming in doing so the enduring partnership between the two operators.

The Concrete Translation of the Very-High Speed (THD) Partnership

Since the signing of the Agreement in July 2017, several actions were undertaken collaboratively by teams from the OPT-NC and SPT-WF to prepare Wallis and Futuna for the arrival of THD fiber.

A mission led by Laurent MINGOUAL, the OPT-NC’s Project Manager for the roll out of THD, visited Wallis and Futuna between 7-14 September to help teams from SPT-WF gather the necessary information for the development of an Advisory Study Report regarding the roll-out of THD in Wallis and Futuna.

This collaboration led to the production of the desired report which notably included recommendations on the roll-out of THD: state of play of current networks, field prospection, financial analysis and a technical roll-out model.

This report helped SPT-WF develop a final structure for its network as well as estimate the cost of such an investment. It is on these bases, among others, that the project was approved by authorities in Wallis and Futuna and that the call for tenders regarding THD fiber was launched.

In 2018 and 2019, SPT-WF launched several calls for tenders regarding the roll-out of its fiber optic network and built the civil engineering infrastructures necessary to connect its first customers.

Initially scheduled in April 2020, the mission was delayed until August-September 2020 due to the COVID-19 health crisis. The mission is divided into three phases:

In total, 6 engineers and technicians from the OPT-NC will participate in the initial wired THD roll-out in Wallis  alongside  teams from SPT-WF: This operation is both a sharing of experiences and a skills transfer,  SPT-WF’s end goal is to quickly be able to rely on an operational THD network core in Wallis, including priority customers such as the hospital connected in August, expandable to meet demand.

Ludovic LATIP, Project Manager for the roll-out of wired THD at the OPT-NC’s CTI (Inland Center for the Exploitation of Telecommunications) was the first to visit Wallis between 27 July and 5 August 2020. For ten days, he trained six SPT- WF technicians and three interns from Mata Utu State High School to draw and connect optic fiber. They drew 4 km of fiber to connect Sia hospital to the Centre in Manuia.

It was important for teams from SPT-WF to rapidly connect the hospital especially since the COVID-19 crisis. They needed better speeds to be able to take advantage of telemedicine applications. We accomplished this joint mission successfully! 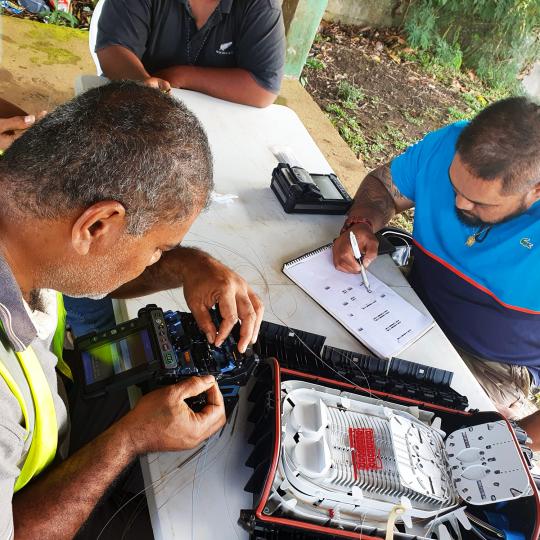 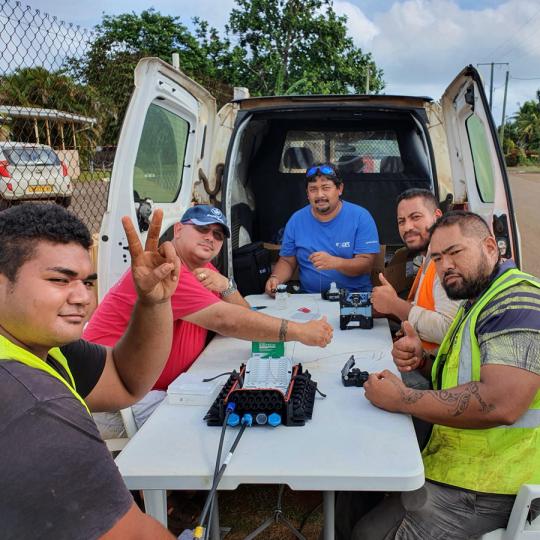 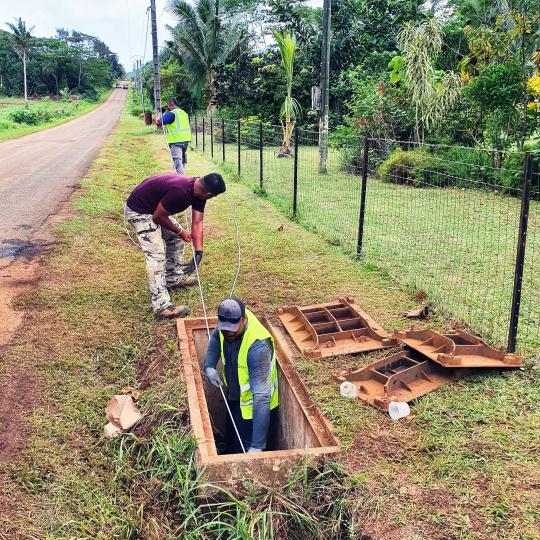 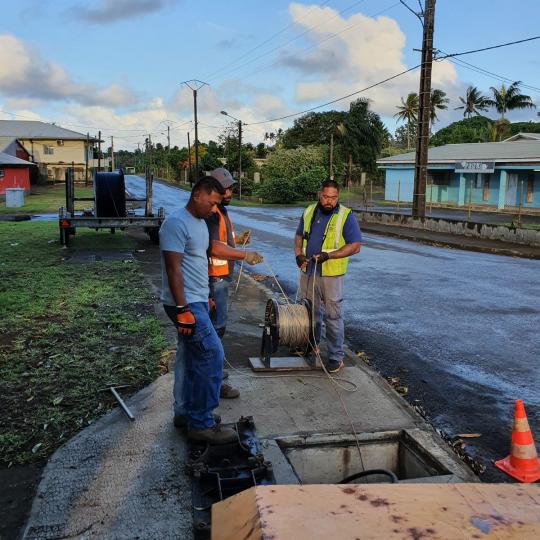 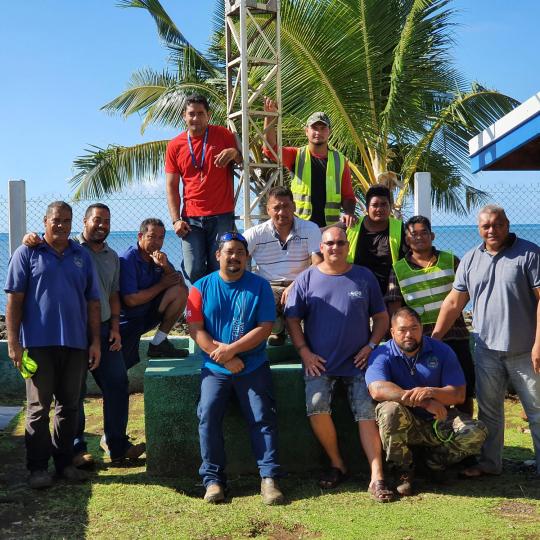 Beyond the strengthening of the links between the two operators, the initiated process illustrates the importance of digital technologies in regional cooperation and development

Information Following the Ruling of the Paris Court of Appeal, Dated 29/10/2020

In its Decree, dated 29 October 2020, the Paris Court of Appeal just ruled in the OPT-NC’s favor, regarding the injunction pronounced by New Caledonia’s Competition Authority against the Postal and Telecommunication Service, following a complaint from the SCCI.

The last Board meeting of the current term took place on 28 July at the Directorate General. It was chaired by Mr. Yoann Lecourieux and approved 13 deliberations and examined 5 informative notes.

All news
All news